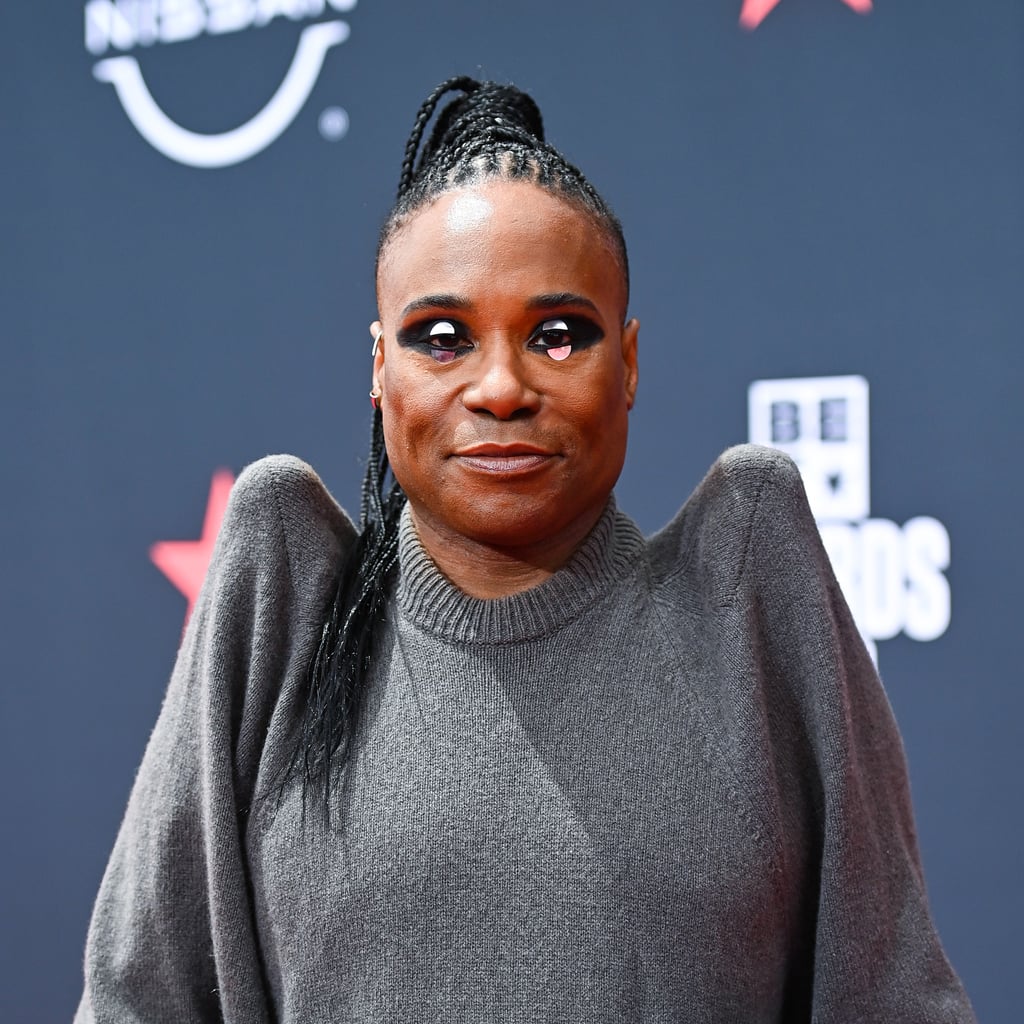 Billy Porter is not one to shy away from serving jaw-dropping red carpet looks, and the BET Awards were no exception. The "Pose" actor appeared at the 26 June award show in Los Angeles sporting a dramatic all-grey Rick Owens outfit with ultra-high shoulders. And while his outfit was certainly a sight to behold, also stunning was Porter's metallic eye makeup: His eyelids were covered in a black eyeshadow, accentuated by silver metallic half-moons positioned both above and below each eye.

Porter has been known to go all out for red carpet events, and a few of his past looks include his meme-inspiring mechanical lampshade hat at the 2020 Grammy Awards. There was also the time he covering his body in temporary butterfly tattoos at the 2020 Critic's Choice Awards. Keep scrolling to see more of Porter's latest impressive beauty look.

TikTok
Jessie J Plucked a Fan From a Concert to Do Her Makeup: "Don't Stop Dreaming Girl"
by Victoria Messina 1 week ago