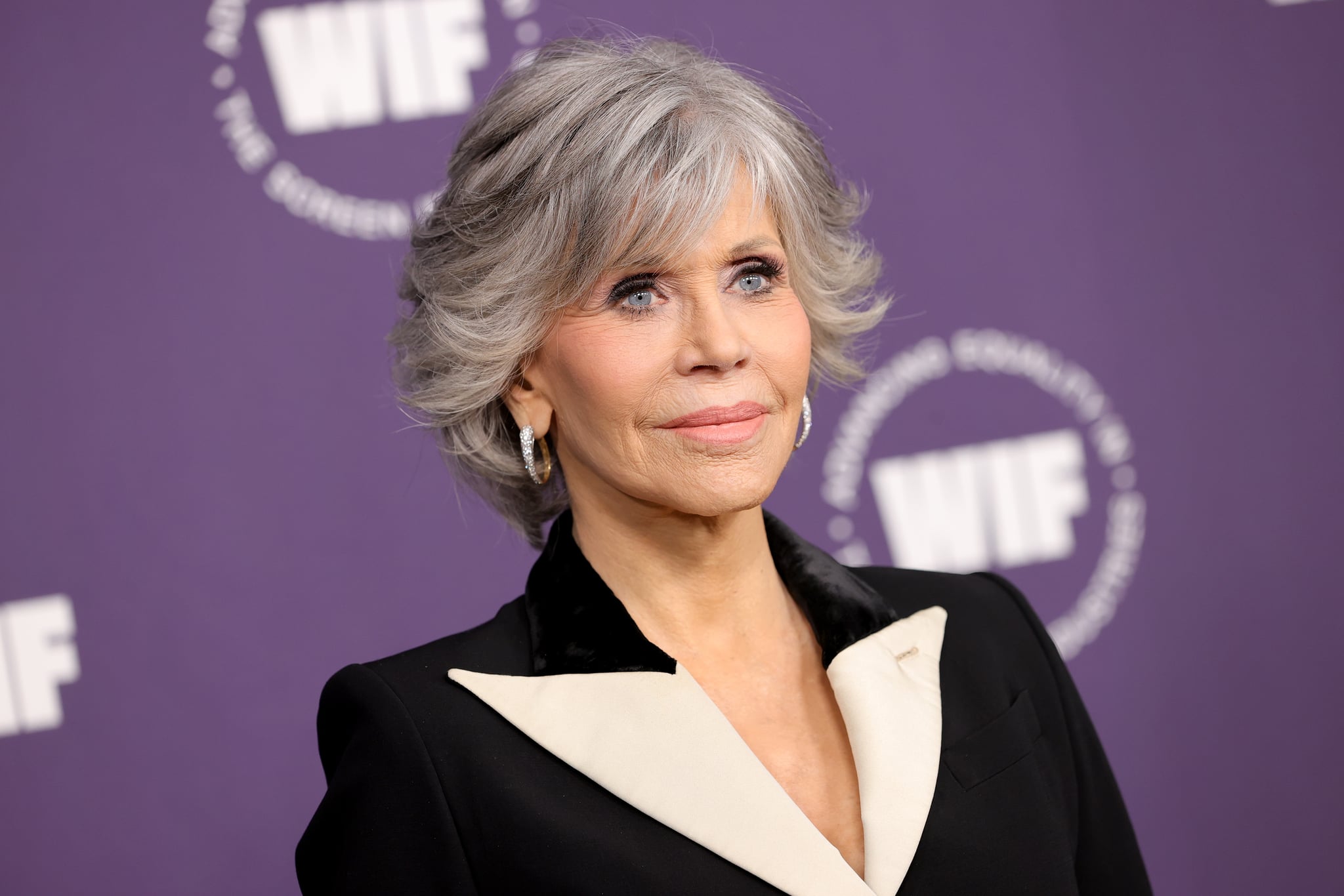 At age 84, Jane Fonda wants you to stop being afraid of getting older. The "Grace and Frankie" star got real about her plastic-surgery regrets in a recent chat with Vogue about her partnership with H&M Move, a new "movewear" brand hoping to democratise sportswear. In the interview, published on 2 August, Fonda emphasised the importance of your health over the number of your age.

"I had a facelift and I stopped because I don't want to look distorted."

The reason Fonda always tells people her age is that she wants them to "realise it," though she understands how that might sound coming from a megastar like herself. "You have money. You can afford a trainer. You can afford plastic surgery. You can afford facials. You can afford the things that help make you continue to look young. That is true. Money does help," she said.

However, she continued, "We all know a lot of women who are wealthy who've had all kinds of facelifts and things like that and they look terrible. I had a facelift and I stopped because I don't want to look distorted. I'm not proud of the fact that I had [one]." She admitted she wasn't sure if she would do it all over again now, sharing she knows a lot of women get addicted to plastic surgery.

In the past, Fonda has opened up about getting breast implants, facelifts, and work done around her eyes and jawline, though she declared she was done with plastic surgery back in 2020. The actor also shared more of her beauty and wellness routine, or lack thereof, with Vogue. "I don't do a lot of facials. I don't spend a lot of money on face creams or anything like that, but I stay moisturised, I sleep, I move, I stay out of the sun, and I have good friends who make me laugh."

Though facelifts were previously considered taboo, in recent years, particularly in response to Zoom dysmorphia, there's been a newfound acceptance around the procedure, double board-certified facial plastic surgeon P. Daniel Ward, MD, told POPSUGAR earlier this year. In fact, celebrities like Priyanka Chopra, Bella Hadid, and Amy Schumer have revealed details of the work they've had done in the past.