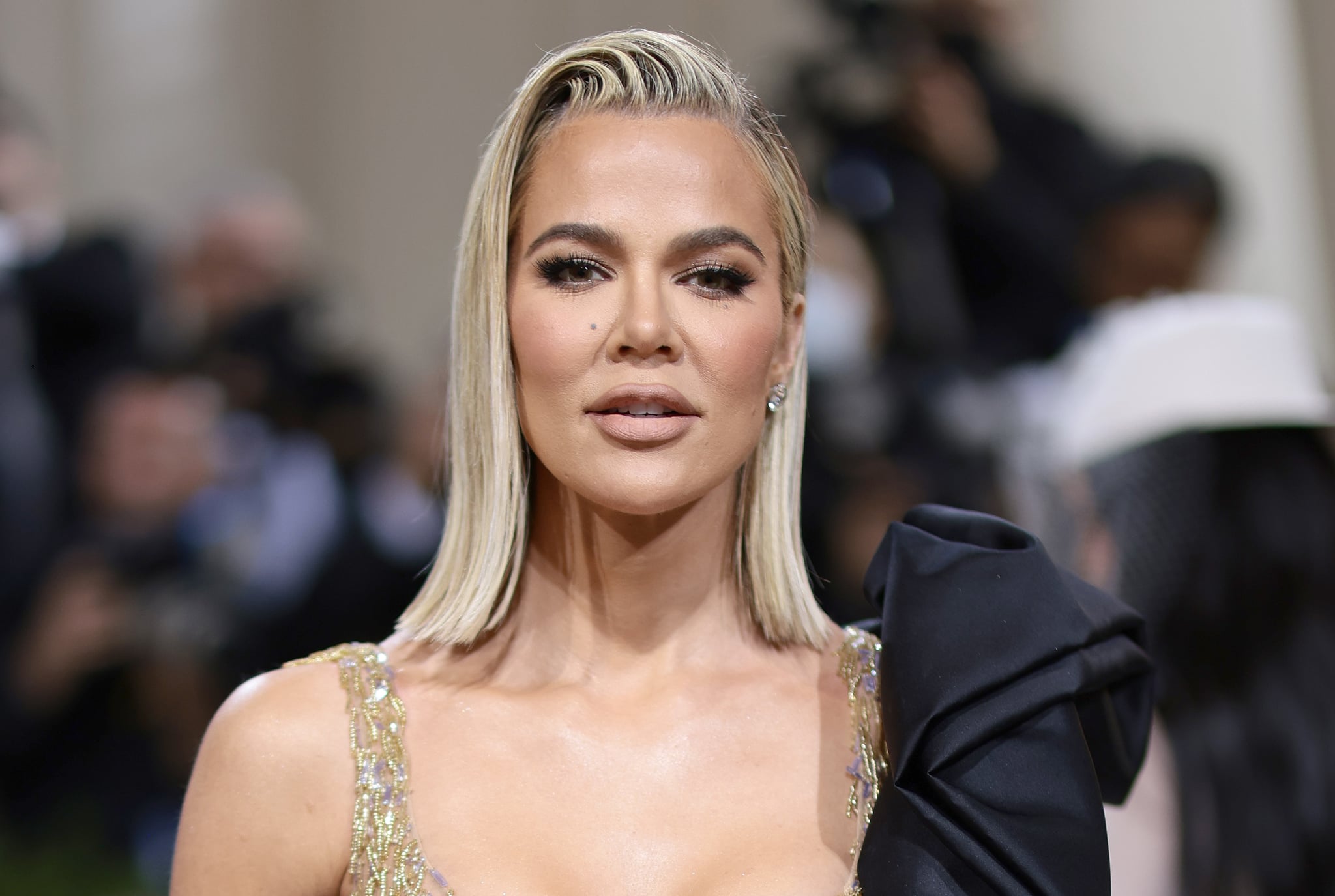 On a new episode of the "Not Skinny Not Fat" podcast hosted by Amanda Hirsch, Khloé Kardashian talked about the plastic surgery rumors that she's often asked about. During the 61-minute interview, Kardashian shared how it felt when people accused her of lying about the procedures she's had done. "It did use to bother me when people were [saying] I've had 12 face transplants," Kardashian says. "I'm like, 'Oh, my God, I have?' I was like, 'That's crazy.' It offended me."

She went on to say she's only gotten a nose job that she "loves," which she's opened up about before. When "Keeping Up With the Kardashians" ended back in June 2021 after a 20-season run, the final episode, "The Reunion Part 2," saw Andy Cohen sitting down with the entire Kardashian-Jenner family and asking about a range of topics, one of them being Kardashian's plastic-surgery history.

Kardashian and the work she's had — or hasn't had — has been a hot topic for quite some time, so when Cohen asked the question, she replied, "Everyone says, 'Oh my gosh, she's had her third face transplant.' I've had one nose job." Kardashian then went on to explain that in all the interviews she's done, Cohen is the first to ask her about it directly. "Everyone gets so upset, like, why don't I talk about it?" she said. "No one's ever asked me. You're the first person that's ever asked me in an interview about my nose."

In addition to rhinoplasty, Kardashian said she's also had more minor cosmetic procedures done, such as filler, but she "responded horribly" to Botox before so she doesn't partake in that much.

This intimate interview with Cohen came just a few short months after the star took to Instagram to address talk that she uses photoshop to retouch her images or has had plastic surgery on her body after an unauthorized photo was shared of her on the internet. Kardashian went on in the post to explain that she's struggled with her body image throughout most of her adult life in part due to cruel comments like "Khloé is the fat sister," "Khloé is the ugly sister," and "The only way she could have lost that weight must have been from surgery."

Kardashian's story is yet another reminder that plastic surgery of any kind is a personal choice that shouldn't be met with judgment or ridicule from others.