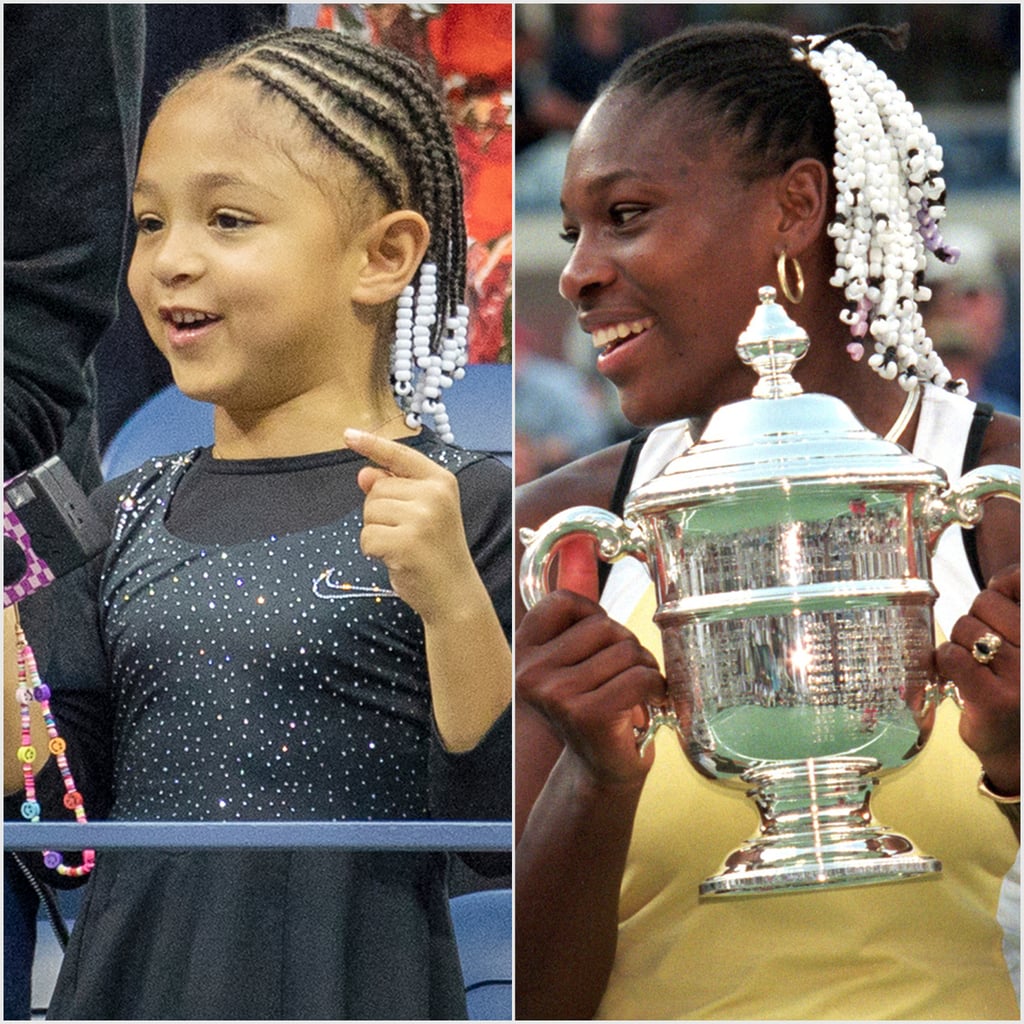 Serena Williams kicked off her final US Open on Monday after announcing plans to retire from tennis earlier this month. On 29 Aug., the tennis legend played against Danka Kovinic of Montenegro during the women's singles first round on day one of the US Open in New York City. During the match, Williams wore her hair slicked back in a ponytail with a crystal-studded Nike headband. Looking on from the crowd, her 4-year-old daughter, Olympia Ohanian, wore her own hair in a set of braids adorned with white beads, the exact same hairstyle Williams sported during her first US Open 23 years earlier.

In 1999, then-17-year-old Williams won her first grand slam title against Martina Hingis, all while looking incredible in a set of braids covered in pink and white beads. In the decades since, the win has remained one of the most defining moments of Williams's career, marking one of her first ventures into the world of professional tennis. From the audience, Olympia, checked pink disposable camera in hand, cheered her mum on with a smile at the US Open on Monday, snapping photos during sets to commemorate the full-circle moment in her mother's career.

Williams took the court in a competition ensemble inspired by figure skaters. The outfit included an embellished dress with a layered skirt and a crystal-dusted bodice. In the bleachers overlooking the tennis courts, Olympia, sitting beside her father and namesake Alexis Ohanian, wore a matching crystal dress over a black long-sleeve shirt.

See photos of Williams's adorable twinning moment with her daughter ahead.

Aaron Carter
Melanie Martin Honours Aaron Carter on Son's First Birthday: "Going to Be a Tough One"
by Chanel Vargas 3 days ago