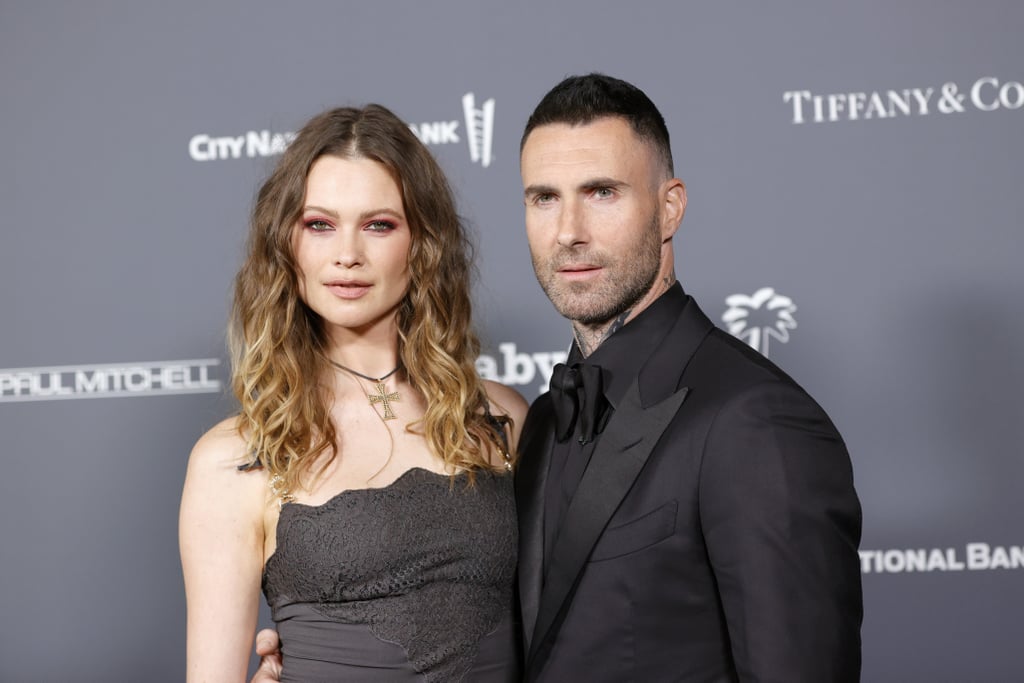 A Complete Timeline of Adam Levine and Behati Prinsloo's Relationship

Adam Levine and Behati Prinsloo share a romantic history that goes back over a decade. In June 2012, the couple was first spotted out together just two months after the Maroon 5 singer split from Prinsloo's close friend and fellow Victoria's Secret model Anne Vyalitsyna. The following year, the pair got engaged after a year of dating before they eventually tied the knot on 19 July, 2014. Now, they're a family of four with two daughters — Gio Grace and Dusty Rose — and another little one on the way.

On 15 Sept., Prinsloo confirmed that she and Levine are expecting their third child together, just a little over a week after People first reported the news. The model unveiled her baby bump in a photo series she posted on Instagram simply captioned, "Recent 🧚." Shortly after their baby news, Levine was hit with cheating accusations from model Sumner Stroh after she posted a viral TikTok video alleging a year-long affair with the singer.

On 20 Sept., Levine denied the allegations with a statement he shared on his Instagram Story that reads, "A lot is being said about me right now and I want to clear the air. I used poor judgement in speaking with anyone other than my wife in ANY kind of flirtatious manner. I did not have an affair, nevertheless, I crossed the line during a regrettable period in my life."

Look back at Levine and Prinsloo's relationship milestones ahead.