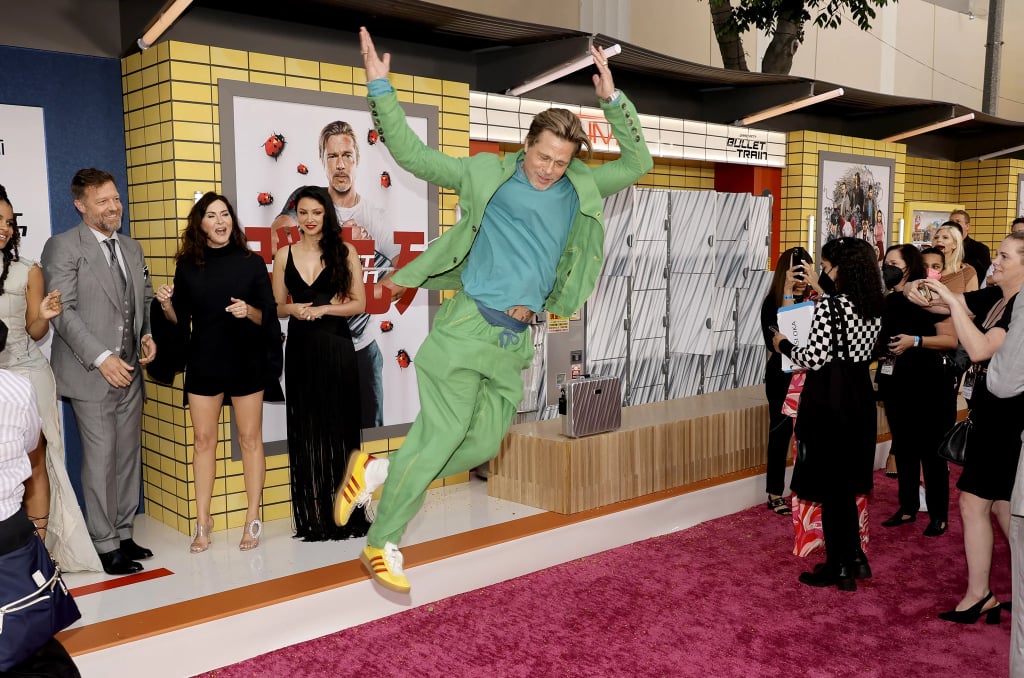 Brad Pitt Is Having the Most Fun on the "Bullet Train" Press Tour, and We Have Photo Evidence

Brad Pitt's big return to the box office as a leading man following his 2020 Oscars win is imminent — and no one seems more excited about it than him. The actor has been out and about promoting his upcoming assassin movie "Bullet Train" over the past few weeks ahead of the film's release on Aug. 5.

"Bullet Train" — which also stars Bad Bunny, Sandra Bullock, Zazie Beetz, Michael Shannon, Hiroyuki Sanada, Logan Lerman, and Andrew Koji — follows five assassins as they aim to complete their individual missions at the expense of each other while aboard a high-speed commuter rail in Japan. David Leitch directed the film, and Pitt, 58, performed 95 percent of his own stunts, the film's stunt coordinator, Greg Rementer, told Vulture.

For the promo tour, in addition to some fabulous ensembles — like the skirt he opted to sport for the film's Berlin premiere — Pitt's also been hamming it up on the red carpet with his costars, including Aaron Taylor-Johnson, Joey King, and Brian Tyree Henry. From taking a flying leap in front of his castmates while cameras snapped to goofily mugging, Pitt seems to be relishing a return to the spotlight.

Related:
Brad Pitt Rocks a Linen Skirt on the Red Carpet For "the Breeze"

See more photos of Pitt at "Bullet Train" premieres and photo calls ahead.