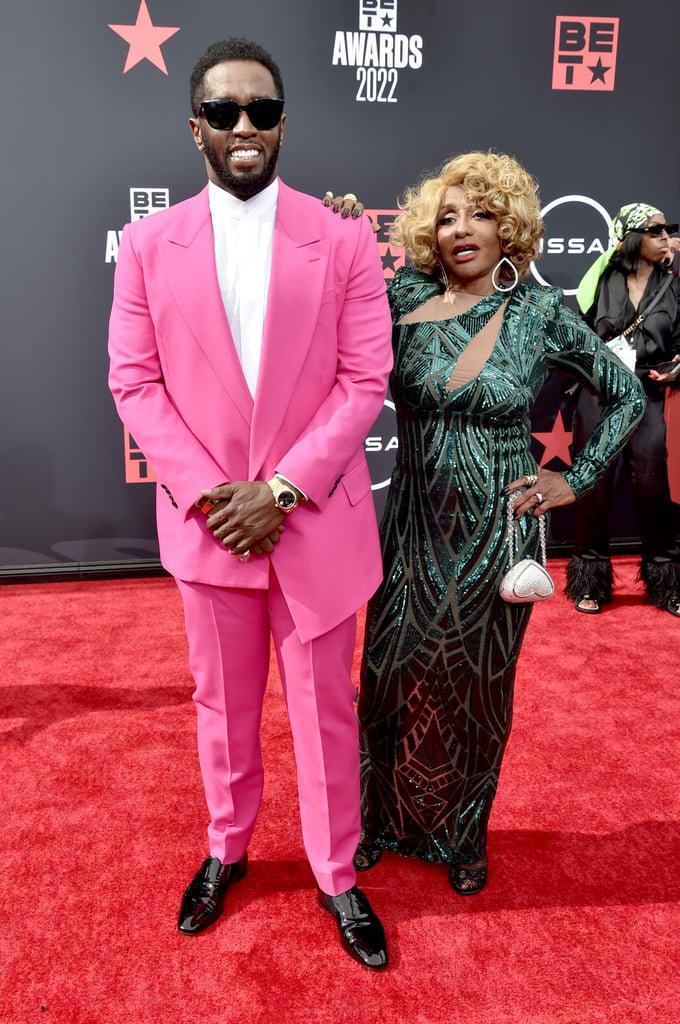 Diddy brought some of his family along to celebrate his big night. His eldest, Quincy, appeared on the BET awards red carpet wearing purple, while his third eldest, King, sported all red. Diddy's mother, Janice Combs, also appeared by her son's side on the red carpet, wearing a glittering green dress.

The last time we saw Diddy and his family on the red carpet was at the Billboard Music Awards in May, which he hosted. Ahead, check out photos of the Combs family at the 2022 BET Awards.

The Weeknd
David Beckham's Daughter, Harper, Mocks His "Dad Dance" at The Weeknd's Concert
by Victoria Messina 3 days ago

Celebrity Kids
Jessica Alba's Daughter Honour Is All Grown Up: "I Can't Believe She's So Tall"
by Chanel Vargas 1 week ago

Celebrity Style
Anne Hathaway, Simone Ashley, and 15 Other Stars Who Pulled Off Barbiecore in Valentino
by Shelcy Joseph 2 weeks ago