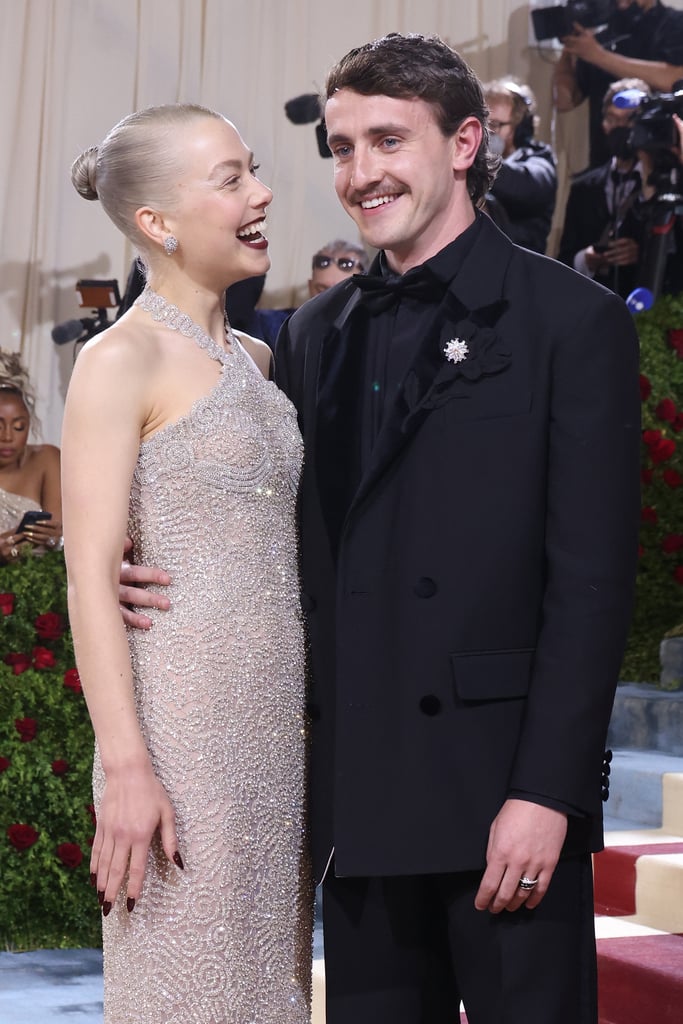 Phoebe Bridgers and Paul Mescal made their Met Gala debut on May 2, posing and laughing together on the red carpet. Bridgers wore a crystal-embroidered dress designed by Jonathan Simkhai, and Mescal's suit was Valentino. Their appearance at the Met Gala came amid rumours that the couple are engaged, though the pair haven't commented on whether the rumour is true.

"I'm incredibly nervous, but also so excited," Mescal told British GQ before the event. "There's a big energy here in New York City, you can really feel it in the air. The Met Gala is the most alien thing I've ever done or been to. I'm excited to get the red carpet out the way successfully and not fall up those steps."

Outside the event, the couple also posed with Mescal's "Normal People" costar Daisy Edgar-Jones. That show, which aired on Hulu in the spring of 2020, is what first brought Bridgers and Mescal together. Bridgers tweeted about how much she loved the show, and Mescal replied with his excitement.

The duo tried to keep their romance private amid speculation that they were an item. In December 2020, Mescal appeared in the music video for Bridgers's song "Saviour Complex," but otherwise the pair never clarified if they were together. They finally made their red carpet debut together in November 2021 and followed it up in December 2021 with a selfie that made them Instagram official.

It's all come a little full circle for Bridgers, too. She wrote and recorded her new song, "Sidelines," for Hulu's "Conversations With Friends," which, like "Normal People," is based on a Sally Rooney novel.

Meanwhile, Mescal has a full plate ahead of him. He'll next appear in "Carmen," a movie musical based on the musical of the same name, alongside "In the Heights"'s Melissa Barrera. He also stars in the psychological drama "God's Creatures," which is set to debut at Cannes this month, and recently finished filming "Foe," which he'll star in with Saoirse Ronan.

See photos from Bridgers and Mescal's Met Gala debut ahead!