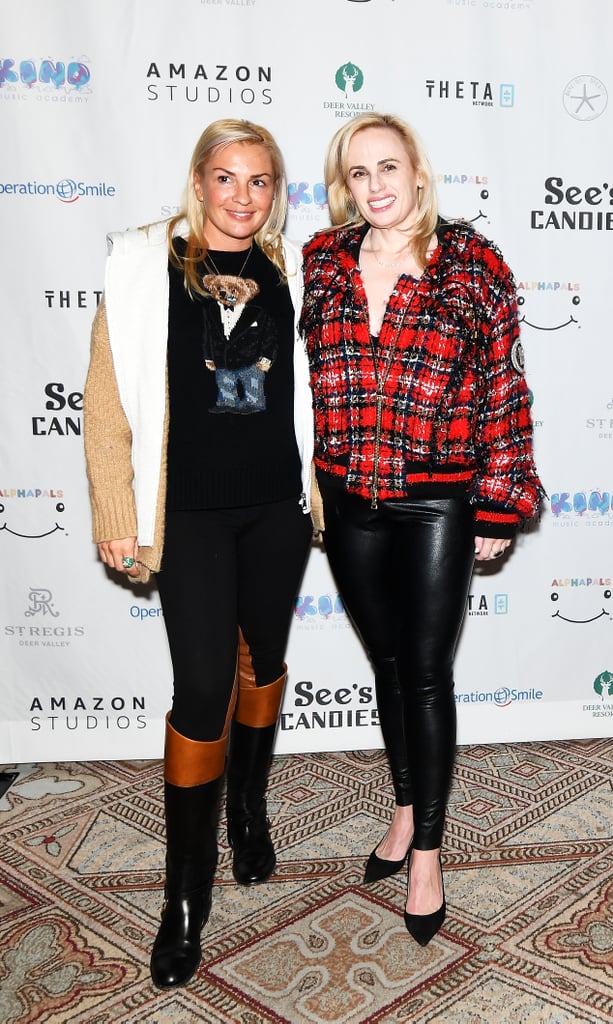 Rebel Wilson and Ramona Agruma are embracing la dolce vita in Italy — and sharing plenty of snaps from their holiday on Instagram. Just two weeks after announcing their relationship, the couple is living it up in Sardinia, Italy where they're celebrating their friend Sterling Jones's birthday. On Saturday, 18 June, Wilson shared a photo of her and Agruma holding hands on a cobbled street alongside the caption, "🇮🇹 ciao bellas 🇮🇹."

Agruma shared the same photo on her own grid with a slightly different caption: "Bella Italia 🇮🇹." She also added a second photo to her post which featured her and Wilson surrounded by a large group of friends. In both photos, Wilson and Agruma are beaming as they soak up the Italian sunshine.

Wilson officially announced that she was dating Agruma in an 8 June post on Instagram. The "Pitch Perfect" actor captioned the post, "I thought I was searching for a Disney Prince… but maybe what I really needed all this time was a Disney Princess 💗🌈💗#loveislove." Just a few days later, news broke that The Sydney Morning Herald had planned to reveal her relationship, which led to her coming out on Instagram.

Journalist Kate Doak called out the paper in a tweet that read: "So apparently it wasn't @RebelWilson's choice to come out . . . The @smh/@theage have admitted to giving her a heads up 2 days in advance that they were going to "out" her." Wilson responded, "Thanks for your comments, it was a very hard situation but trying to handle it with grace."

Despite the circumstances surrounding Wilson decision to share her relationship with Agruma with the world, the actor appears to be happy and thriving with her new girlfriend. In a May episode of the "U Up?" podcast, she revealed how she and Agruma met.

"I am now happily in a relationship," she confirmed. "I was on and off on the Raya app, but this was a friend set up. He'd known both of us for at least five years each, and was like, 'Yeah, I think you two would hit it off,' and then we did."

Related:
Rebel Wilson and Girlfriend Ramona Agruma Were Set Up by a Friend

The "Senior Year" actor went on to share why being set up by a mutual friend makes her feel secure in her relationship. "I think that escalates things quicker, [meeting someone] from a trusted source," she said. "So then you're like, okay, I can trust this person, that they are legit, they are who they say they are — which is something on the [dating] apps you don't really know."

Check out the gallery to see photos of Wilson and Agruma living their best lives in Italy.

Bikinis
Thongkinis Are the Major Swimsuit Trend Spotted on J Lo, Kim Kardashian and More
by Naomi Parris 3 days ago

The Weeknd
David Beckham's Daughter, Harper, Mocks His "Dad Dance" at The Weeknd's Concert
by Victoria Messina 3 days ago