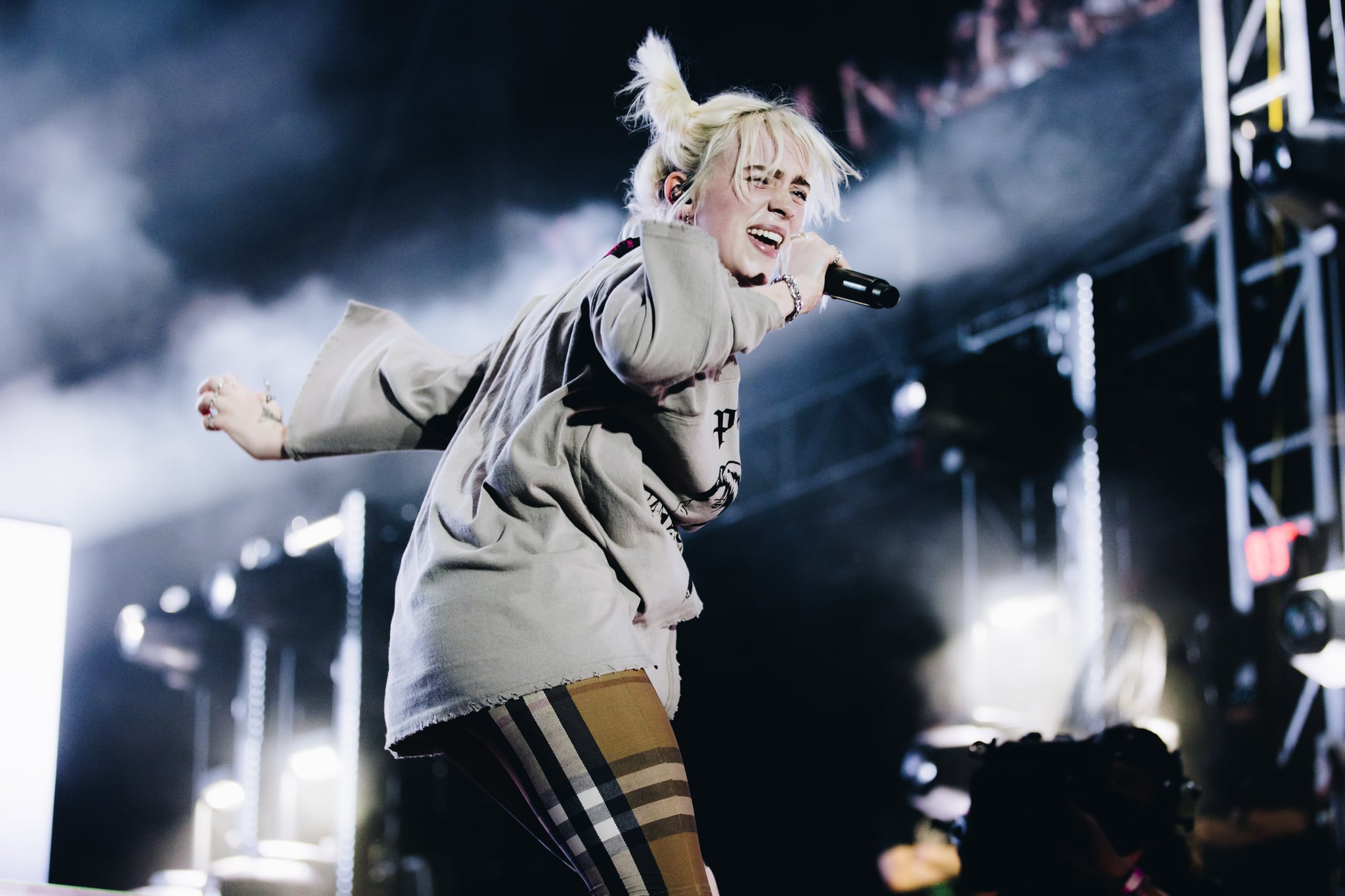 Billie Eilish is about to make festival history. The singer will be Glastonbury Festival's youngest ever solo headliner on Friday night. Back in 2019, Eilish performed at the festival for the first time, and the reviews of her performance were off the charts. Fast-forward two years, and she'll be headlining the Pyramid Stage on Friday night at the iconic festival. Much like many of the UK's music festivals, Glastonbury took a break in 2020 as a result of the coronavirus pandemic and instead took place in the form of a virtual concert: Live at Worthy Farm. Thankfully, this year it's back to (some sort of) normality, and the lineup is incredible. Eilish and her brother, Finneas, will be in impressive company, with the likes of Paul McCartney and Kendrick Lamar headlining the festival on the Saturday and Sunday.

News of her headlining in 2022 was first teased by Eilish herself, who shared an Instagram Story of herself in a Glastonbury hoodie. It was later confirmed by festival co-organiser Emily Eavis. "We couldn't be happier to announce that the wondrous [Billie Eilish] is headlining the Pyramid on the Friday at next year's Glastonbury Festival, becoming the youngest solo headliner in our history," Eavis tweeted. "This feels like the perfect way for us to return and I cannot wait!" Already, we're very excited about what 2022 holds for music festivals, and we cannot wait for all that's in store at Glastonbury.

Eilish is set to perform on the Pyramid Stage tonight (24 June) at 10.15pm, and the audience will be treated to a full 90-minute performance from the star. For the singer, this is a huge deal. She has previously admitted to feeling constantly "undeserving of everything". Eilish has spoken out about how "excited" she is to be headlining as a woman, pointing out how so few female artists are given the opportunity.

The American songwriter is a busy woman at the moment, currently singing her heart out on the European leg of her "Happier Than Ever" tour. Eilish will be performing at London's O2 Arena on 25 and 26 June before moving on to mainland Europe, Asia, and Australia. The "Happier Than Ever" album, which was released in July 2021, earned Eilish a whopping seven nominations at the Grammys earlier this year. The album debuted at the top of the Billboard 200 and topped the album charts in 27 other countries, including the United Kingdom.

Around 200,000 lucky people get to watch Eilish and Finneas in the flesh at the famous festival. If you weren't lucky enough to grab Glasto tickets this year, we feel your pain. But don't panic! You can watch Eilish's headlining Glastonbury set live on 24 June on BBC One or BBC iPlayer. Happy watching!