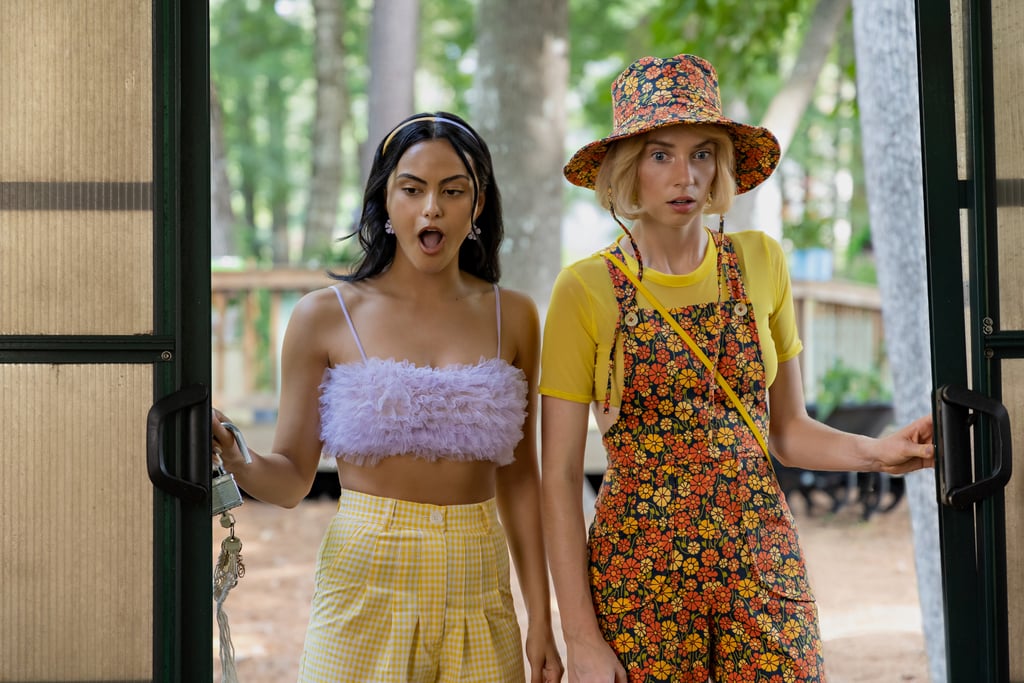 Maya Hawke and Camila Mendes are joining forces for a new Netflix movie, "Do Revenge." The high school comedy follows two teenage girls who team up to take down their bullies. The movie also features a cameo from Sophie Turner, though her role is unknown.

Netflix's logline for the movie reads: "After a clandestine run-in, Drea (Alpha, fallen it girl) and Eleanor (beta, new alt girl) team up to go after each other's tormentors. 'Do Revenge' is a subverted Hitchcock-ian dark comedy featuring the scariest protagonists of all: teenage girls." "Euphoria"'s Austin Abrams plays Mendes's ex.

The film is directed by Jennifer Kaytin Robinson, who wrote and directed 2019's "Someone Great." She also created MTV's "Sweet Vicious," and served as a co-writer with Taika Waititi on "Thor: Love and Thunder."

"I think there are different points where everyone's the villain and everyone's the hero in this story," Robinson told Elle about the movie in July. "And that is so much of what growing up is. I wanted to make something that paints with all the colours of adolescence."

"We joke that they are like, the young Hollywood Avengers," Robinson told Elle of the movie's stacked cast. "They call themselves 'The Revengers,' which we love. . . . They just are all really talented. And they were the best people for these parts." Robinson also revealed to the outlet that they shot the movie in Atlanta while "Stranger Things" season four was filming so that Hawke could star in both projects at the same time.

Read on for everything we know about the movie, including the trailer, release date, plot, and cast.