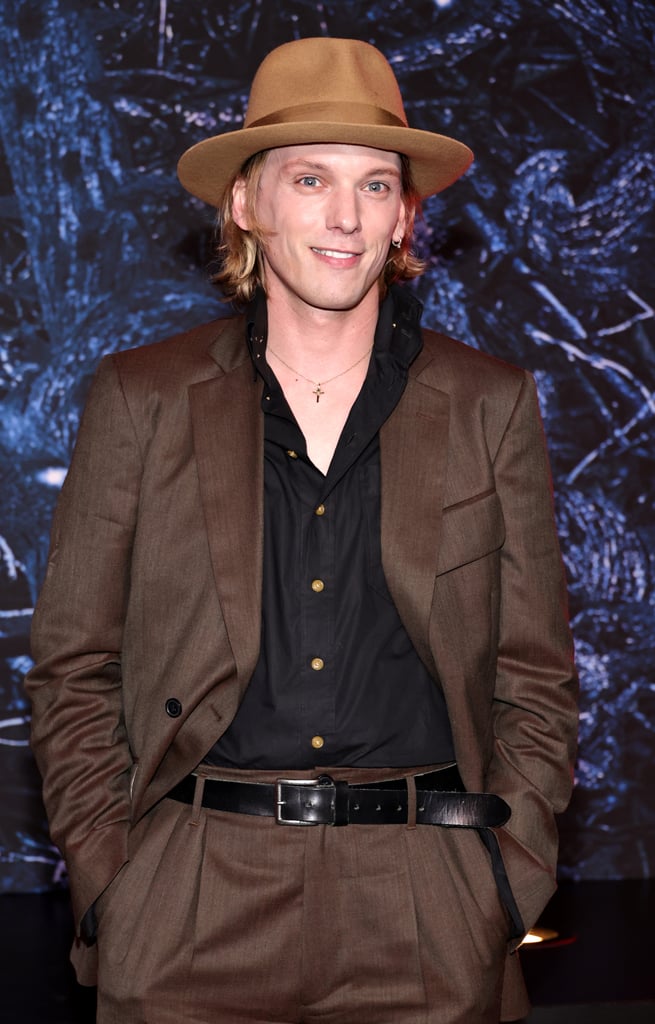 "Stranger Things" season four introduced a mess of minor characters — and a freaky new villain — that have us on the edge of our seats as we ask ourselves, "Who will make it to the end of the series?" Most notably, the new cast includes Jamie Campbell Bower, who takes on four chilling roles in the show's latest season. Bower's face first appears in episode five, "The Nina Project," where he is introduced as a friendly orderly at Hawkins National Laboratory, where Eleven was held and experimented on as a child. If something in his penetrating gaze, angular cheekbones, and hauntingly alluring presence strikes you as familiar, you're not alone.

Bower — who made his acting debut as Anthony in "Sweeney Todd: The Demon Barber of Fleet Street" in 2007 — has starred in multiple fantasy roles, including "Twilight" (yes, as one of the Volturi), "The Mortal Instruments," "Harry Potter and the Deathly Hallows: Part I," and most recently, "Fantastic Beasts: The Crimes of Grindelwald." Bower even made a cameo in Florence and the Machine's "Never Let Me Go" video in 2012 as Florence Welch's love interest.

In addition to his acting career, Bower, who hails from London, is a model and a musician, serving as the lead vocalist and guitarist for the English punk-rock band Counterfeit, which he cofounded in 2015. If his disturbing "Stranger Things" role has you sure you've seen him in something else before, check out some of Bower's biggest roles ahead.