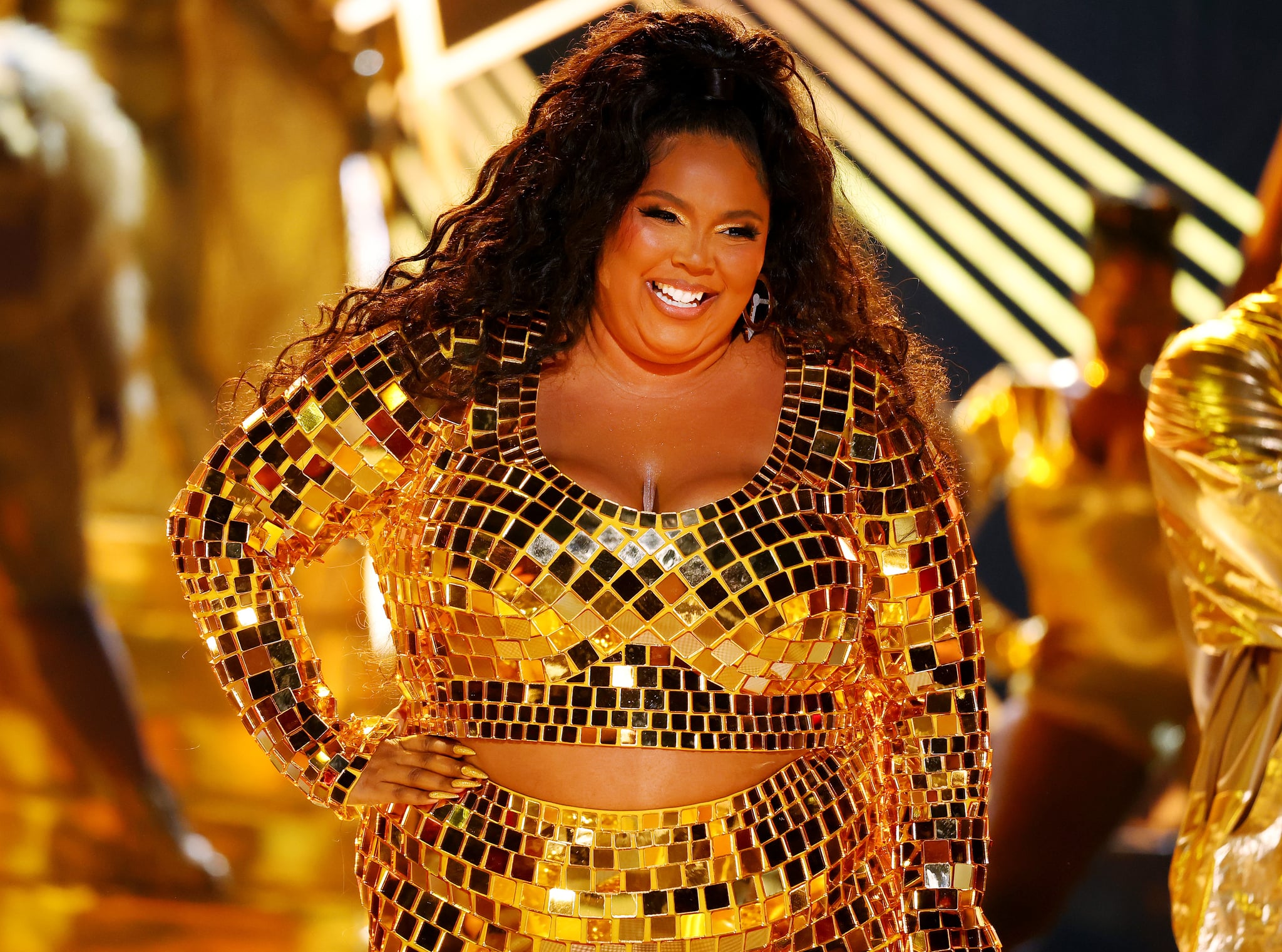 Lizzo brought the house down as she opened the 2022 BET Awards on 26 June with a disco-inspired performance of her hit single "About Damn Time." The singer performed in front of an enormous gold disco ball, which matched her crop top and flared trousers.

Before her performance, Lizzo stunned on the red carpet in a custom Gucci dress. The navy gown featured a thigh-high split and tons of dramatic black feathers. Though Lizzo wasn't up for any awards at the ceremony, she's previously been nominated for five and took home the trophy for best female R&B/pop artist at the 2020 ceremony. She also performed at the 2019 show, stunning the crowd with a performance of "Truth Hurts" on top of a tiered wedding cake.

Lizzo's Sunday night BET performance comes days after she debuted her new song "Everybody's Gay" from her upcoming album "Special" at an event held by "RuPaul's Drag Race" alumni Kornbread. Kornbread hosted "A Night of 1,000 Lizzos" in West Hollywood on 23 June, and the music superstar surprised the crowd with her appearance.

"Happy Pride ya'll," Lizzo said when she greeted the crowd at the event. "When you do a 'Night of 1,000' divas, you don't understand what it means to be that diva. I've been a diva since I came out the f*cking womb, b*tch . . . to come into this place and feel love from the LGBTQIA+ community — by the way, since day motherf*cking one, we've been walking together. It means so, so much to me." Lizzo also performed "About Damn Time" and "Cuz I Love You" at the event. She closed the set with the performance of "Everybody's Gay," accompanied by the queens in attendance. She said the song is about "living your best life, turning up, and dancing and just having some f*cking fun."

Taylor Swift
Taylor Swift Responds to Plagiarism Lawsuit: "The Lyrics to 'Shake It Off' Were Written Entirely by Me"
by Eden Arielle Gordon 1 day ago