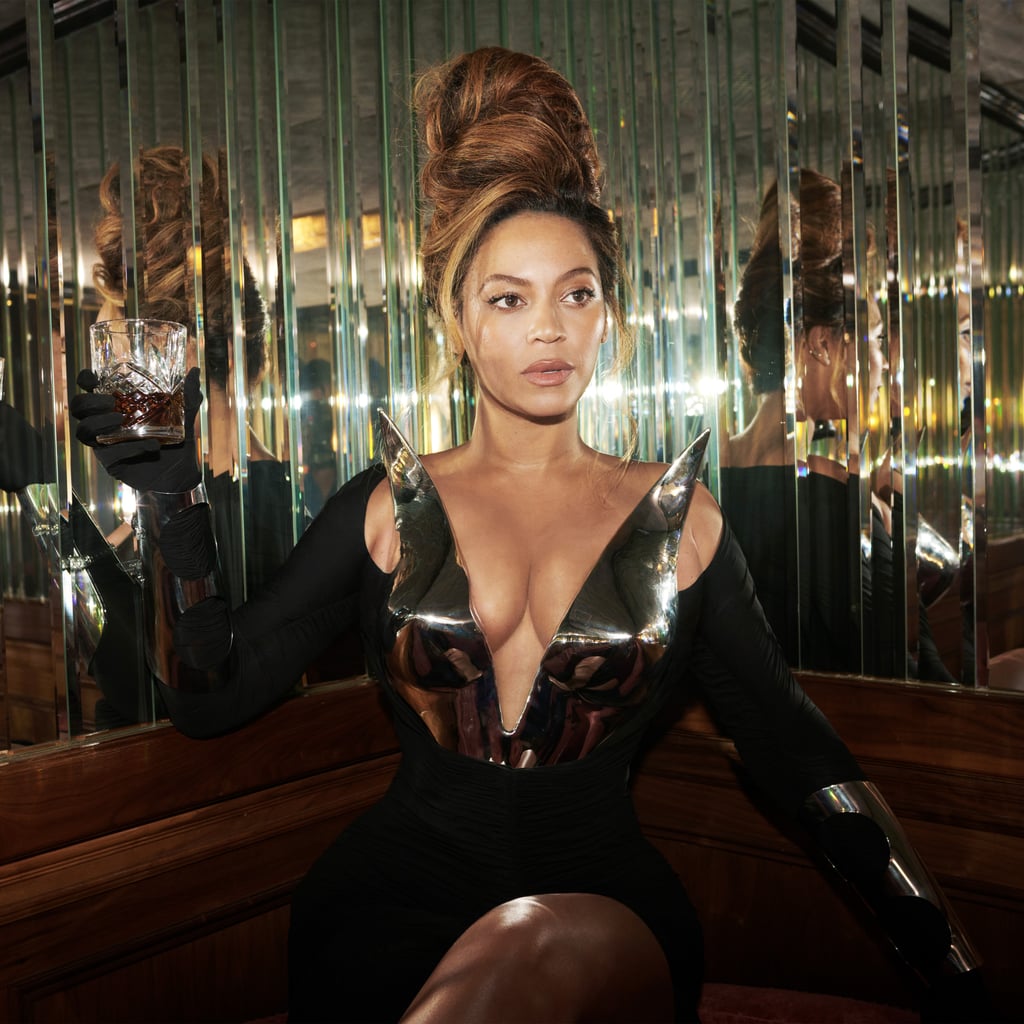 Beyoncé's long-awaited "Renaissance" album is finally here, and it delivers on not only the soul-stirring music she's known for, but also the striking visuals she's come to master. Styled by Marni Senofonte and KJ Moody, the album photo shoot serves up plenty of editorial inspiration. In one shot, Beyoncé wears a sheer lace turtleneck maxi mermaid dress in vivid green, covered in leaf motifs and flaring out into a furry fishtail. In another, the "Break My Soul" singer looks just as ravishing in a black sweetheart neckline eyelet catsuit, complete with matching gloves and finished with an avant-garde headpiece and large cream furry boots. Other mesmerising outfits include a black-and-gold Schiaparelli bodysuit with a built-in cone bra, an oversized red puffer jacket, a plunging black dress with a metallic bodice, a red turtleneck dress covered in multicoloured beads, and a furry, zebra-print bodysuit and leather opera gloves.

Beyoncé's traditional album rollout was full of standout style moments. In the July 2022 issue of British Vogue, the "Crazy in Love" singer rode a horse in a regal head-to-toe Alaïa look, comprising a black velvet gown, gloves and a striking feathered headpiece by Harris Reed and Vivienne Lake. A pair of platform knee-high boots from Reed's first "H-Boots" collection rounded out the ensemble.

For the cover story, she also posed in a shimmery gold Schiaparelli jacket matched with galaxy drop earrings and a long Junya Watanabe leather coat with Commando vinyl leggings and Harris Reed platform boots. Together with her personal stylist, Senofonte, and British Vogue's editor in chief, Edward Enninful, Beyoncé conveyed that her "Renaissance" era would raise the bar, with never-before-seen fashion and beauty moments.

A couple weeks later, her viral album cover doubled down on that message. The image presented her perched atop another horse — this time, a holographic one — while clad in a silver helix-shaped bodysuit, complete with spiked detailing, nipple pasties and crystal embellishments on the chest. Paired with liquid silver heels and long honey-coloured waves, the image caused quite the sensation.

Scroll on for all the stunning new visuals and check back in for the designer details.