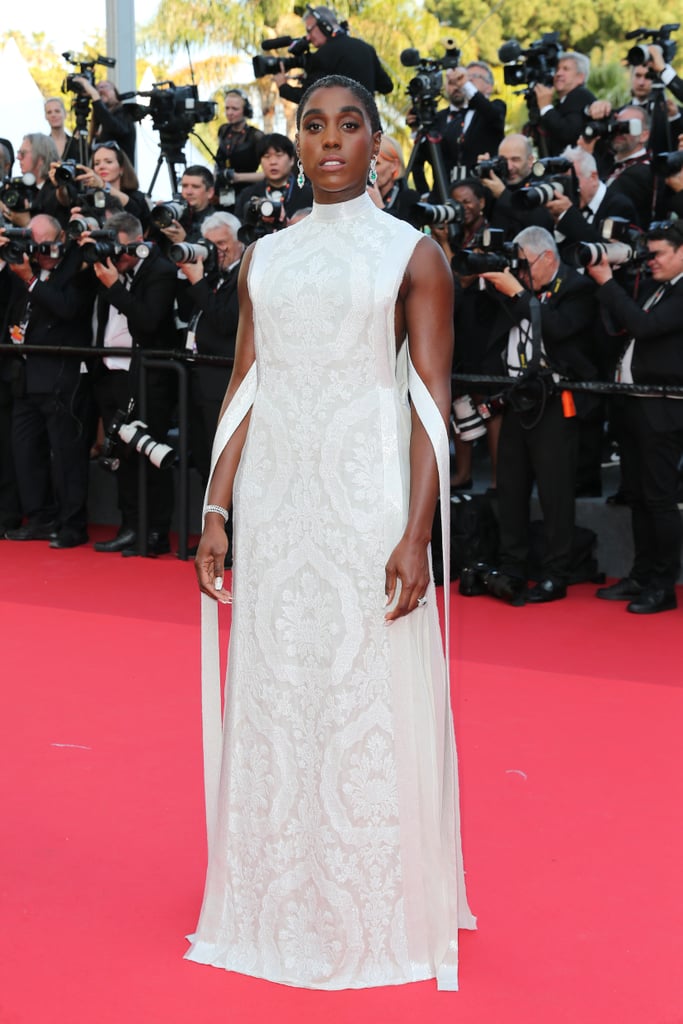 Lynch's iridescent, ivory lace dress was by Fendi haute couture and featured a high neckline and column silhouette. Despite being a strapless dress, it appears very modest from the front and back due the floor-length, completely covered bust and bridal-lace fabric. From the sides of the dress is where we get a sense of the French Riviera, and Lynch gives us a tiny peak at her toned physique between the sheer panelling of the dress — and the leg splits on either side that go all the way up her thighs.

Lynch's look was styled by Karla Welch, who was also behind Lynch's custom Vivienne Westwood gown at the 2021 premiere for "No Time to Die" and her Prada dress at the 2022 BAFTA film awards. The Fendi dress was complemented with jewels by Chopard, neutral makeup by Maria Asadi, and cropped coils by hairstylist Dionne Smith.

Keep reading for every angle of Lashana Lynch's Fendi dress at the 2022 Cannes Film Festival.

Celebrity Style
Anne Hathaway, Simone Ashley, and 15 Other Stars Who Pulled Off Barbiecore in Valentino
by Shelcy Joseph 3 weeks ago

Celebrity News
Brad Pitt Is Having the Most Fun on the "Bullet Train" Press Tour, and We Have Photo Evidence
by Lindsay Kimble 2 weeks ago