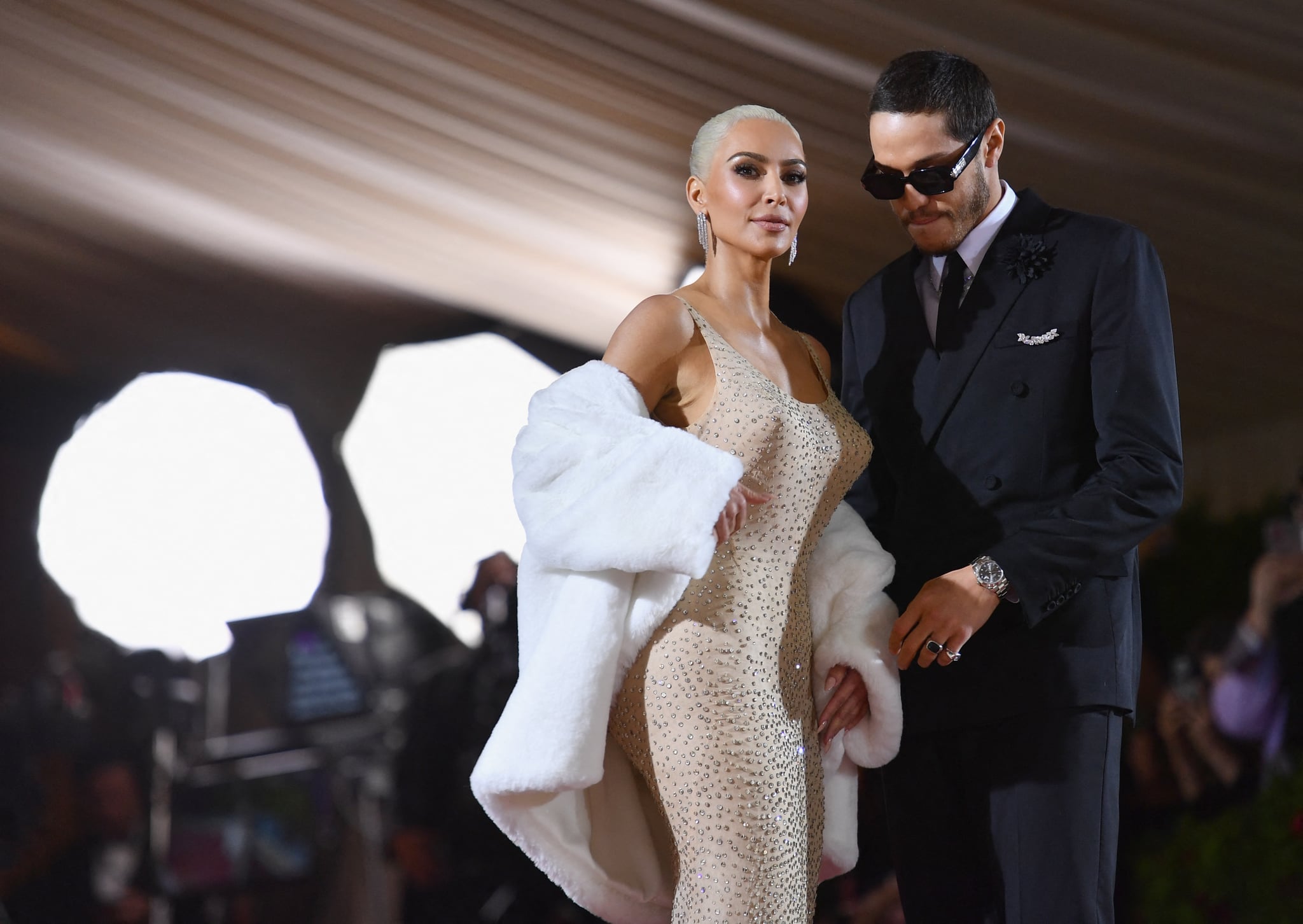 This year, discourse around the star-studded Met Gala, held on 2 May, was dominated by one story in particular: Kim Kardashian's appearance in Marylin Monroe's iconic "Happy birthday, Mr. President" dress from 1962. Fashion critics and the public alike had feelings about the significance of Kardashian wearing such a historically important garment — but even more than that, people couldn't stop talking about the fact that she apparently lost a significant amount of weight to fit into it.

Not only did her physical transformation make headlines, but Kardashian also received a significant amount of criticism for publicising her dramatic weight loss, which took just three weeks. At the Gala, Kardashian spoke with Vogue correspondent Lala Anthony on the red carpet, telling the outlet about the extreme exercise routine and restrictive diet she followed in order to fit into the dress. "I didn't starve myself, but I was so strict," she told Vogue.

Six months later, in the newest season of "The Kardashians," the topic is resurfacing yet again. In an episode that aired on 10 Nov. on Disney+, which was filmed in the lead-up to the Met Gala, Kim is shown agonising over her weight ahead of the event. "So, I am down to 118 [pounds] again. I got up to 120 [pounds], which was tripping me out," she told her personal trainer in the episode, according to US Weekly.

If all of this set off your internal wellness alarm, you're not alone. Plenty of people took to social media to call out the problematic and straight-up dangerous nature of Kardashian's weight-loss comments. "Riverdale" actress Lili Reinhart (who's been open about her own struggles with body image) voiced her opinion loud and clear on her Instagram Stories — she didn't explicitly name Kardashian, but she made a strong statement nonetheless: "To walk on a red carpet and do an interview where you say how starving you are . . . because you haven't eaten carbs in the last month . . . all to fit in a f--king dress?" she wrote on her Instagram Story on 3 May, according to E! News. "So wrong. So f----d on 100s of levels. To openly admit to starving yourself for the sake of the Met Gala. When you know very well that millions of young men and women are looking up to you and listening to your every word. The ignorance is other-worldly disgusting."

In the new episode, Kardashian defends her decision, likening it to an actor preparing for a movie role. "When I thought to go in Marilyn Monroe's dress — and I know how precious and fragile the dress is — I knew I had to lose at least 10 pounds for it to even go up on me," she said. "This is exhausting, but it feels like a movie role. How an actor will lose weight for roles — this feels like my role is Marilyn Monroe. I am determined."

No matter her justification, though, this kind of talk about weight loss can be incredibly harmful when distributed on such a large scale. For example, after the Gala, Mik Zazon, blogger and creator of the #NormalizeNormalBodies movement, posted a video on Instagram sharing her personal experience with attempting to fit into a dress for her sister's wedding, trying tips that celebrities like Kardashian touted for weight loss. "But it backfired; I started binging," she says, adding that this combination of events led her to develop a binge-eating disorder.

Indeed, this is one of the biggest risks associated with restrictive dieting of any kind: it's a slippery slope and can easily lead to an eating disorder in someone predisposed, as former registered dietitian Laura Cohen, certified intuitive eating practitioner and eating-disorder-recovery coach, previously told POPSUGAR.

Abbey Sharp, RD, the blogger behind Abbey's Kitchen, shared her take on Kardashian's weight loss as a nutrition professional: "If you attempt to lose 16 pounds in just what I will assume is three weeks, you are absolutely going to gain it all back, and research suggests you will probably gain more," she said in an Instagram video posted on 3 May. "There's also the psychological piece. If you're cutting out all sugar and carbs and everything in your life that you want, you're going to binge."

But this Met Gala moment (and its second wave of impact via the new "Kardashians" episode) isn't her only offense. Even after all the backlash, Kardashian appeared on the Today Show on 21 June and talked about how she continued to lose weight after the Gala. Then, in August, Kardashian posted about her body-fat percentage and undergoing stomach-tightening laser treatments on Instagram, which encouraged another round of "WTF, Kim?" from the internet.

The fact is, Kardashian just can't seem to stop talking about her weight, and it's not just a problem for her, it's a problem for pop culture. Her recent antics — along with shifts in fashion trends (see: low-rise jeans) and comments from other celebrities around weight loss (hi, Lori Harvey) — hark back to a time (the late '90s and early aughts) when diet culture reigned supreme. And *no one* wants to go back there.

Kardashian's comments are damaging, whether they reach five people or 500 — but her giant platform (333 million followers on Instagram alone) can either be used to push for positive change or to perpetuate dangerous narratives. It's more vital than ever to work on dismantling toxic diet culture and promote realistic body and beauty standards.

Aaron Carter
Melanie Martin Honours Aaron Carter on Son's First Birthday: "Going to Be a Tough One"
by Chanel Vargas 2 days ago

Sexual Health
Keke Palmer Reveals the Best Sex Advice She Ever Received: "Start With Pleasing Yourself"
by Chanel Vargas 3 days ago