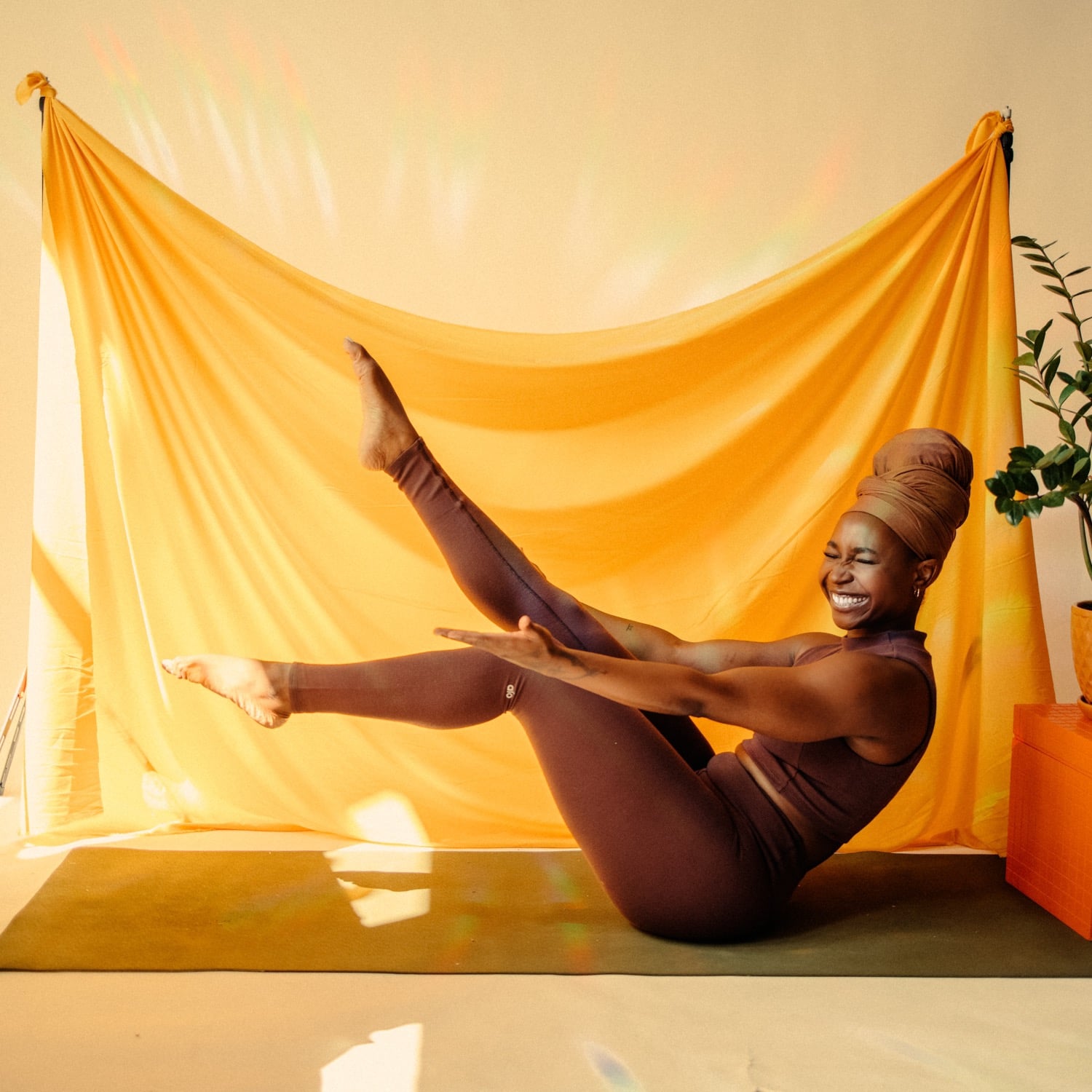 Many of us spend our whole lives performing. Sometimes we don't realise we're doing it; sometimes we know but can't stop — or don't feel safe enough to do so. It happens in spaces where we feel like we can't be ourselves, where we feel like we don't belong because our identity — race, gender, sexuality, physical or mental ability, personality — is different, not accepted. It also happens all too frequently in fitness spaces, which can feel exclusive and hyperjudgmental of people of colour, people with large bodies, or people with disabilities.

Yoga is a prime example. Even as the fitness industry is (slowly) beginning to change, yoga in particular has fallen prey to the Western stereoptype of thin, white, and usually wealthy yoga practitioners. This image doesn't reflect most people's experience of the practice, and it excludes the vast majority of people from yoga, making outsiders of those within the space who don't conform.

It was this experience of being a "misfit" in yoga (and the rest of her life) that led Abiola Akanni to the practice of nonperformative yoga (she also coined the term). Adaptable and inclusive, nonperformative yoga will, Akanni hopes, help create a shift in the yoga world away from image and performance and back to body, sensation, and self.

"The practice of nonperformative yoga came to me before I knew I was actually doing it," Akanni tells POPSUGAR. She had to go on a journey to truly find it, however. Akanni has spent most of her life in the predominantly white city of Seattle, and she grew up familiar with the necessity of performing in white spaces. At the same time, as a Nigerian American growing up in a "traditional Nigerian household," Akanni also found herself "performing a lot around African Americans." She fell into an "awkward space of not feeling like I was Black enough and obviously not fitting in with the white folks," she says.

That feeling persisted when she found her way into the yoga community. While she loved yoga and the way it helped her mental health, she also realised how much she was performing in her work as a yoga instructor, striving to fit in with the predominantly white "super asana-based, very strong instructors" around her. As a Black or brown yoga instructor, Akanni explains, "it's really easy . . . to slip into performance, because the practice is so co-opted by Western ideals and non-POC. You feel like you need to slip into a pseudo-version of yourself in order to make the practice look relatable or to fit into it."

In Akanni's own classes, "I felt like a caricature of myself," she remembers. She was teaching in a way that felt false to her own identity and that was based on a stereotype that excluded her. And for all her effort to conform, Akanni struggled to get a foothold in the community. "No one was coming to my classes. My classes weren't growing," she says. "White folks would come and walk out, but I also wasn't bringing in a lot of Black and brown folks."

Akanni says that the pandemic and the death of George Floyd served as a wake-up call. She had a "little bit of a breakdown" when she realised how much self-hatred and "internalised racism and oppression" she'd been carrying around as a Black woman. These were deeply buried parts of herself, things she told herself she didn't feel because "I'm not that type of Black person, I don't have that type of trauma," she recalls. "I negated the truth about my identity."

Akanni started to realise how much performing she did in her everyday life and how exhausting it was. "I could not do it anymore," Akanni said. "I got so burnt out." Her first foray into what would become nonperformative yoga was Trap Flow, a hip hop-based yoga practice she created as a way to rebel against the traditional "yoga studio model" because, she says, "I couldn't survive in it." Akanni ultimately coined the term "non-performative yoga" through a conversation with the facilitators of her yoga-teacher training. "I really want to cultivate a space for non-performative yoga," Akanni told them, and their response was enthusiastic. "That's probably exactly what you've been doing this whole time," they said. Akanni realised they were right.

The Pillars of Nonperformative Yoga

Akanni was inspired to create Iya, a yoga and wellness platform where she offers courses, live classes, and teacher trainings all based on the pillars of nonperformative yoga. "I want folks to have autonomy to define what [nonperformative yoga] means for themselves," she says, although she bases her yoga practices on six key pillars:

So what's the difference between nonperformative yoga and the practices you might be used to? The first thing you'll notice as a student, says Akanni, is how adaptable the classes are. "There is still a challenge," she says, but it will feel less like you're "laddering" towards some kind of peak pose or state and more like you're moving on a horizontal plane, where all pose options are equal. Props that provide support and accessibility are also a big part of nonperformative yoga.

Inclusive language is also a noticeable difference. "Hierarchical language" — such as "beginner" or "intermediate" — often "clouds the yoga practice," Akanni says, because it invites your ego into the space. If you hit an "advanced" pose, you feel good; if you don't, you might feel like you've failed. Nonperformative yoga aims to move away from those boxes and simply let the practice be. These practices also avoid placing the instructor above the students. "The instructor is just a guide," says Akanni. "The yoga is the teacher. The practice teaches you."

"I really wanted to create a space for us where we don't have to perform."

Akanni says that the values and pillars of nonperformative yoga hold her accountable. "I've done such a good job of performing for so long," she says. It became a habit; it became her life. This practice grew out of her desire to create a nonperformative space for herself and a community "for all those folks who are kind of misfits, who are the fringe, and who don't really fit anywhere. I really wanted to create a space for us where we don't have to perform."

Ultimately, Akanni hopes nonperformative yoga will help initiate a change in the industry and how yoga is represented — one class at a time: "We're really wanting to . . . go against a lot of commercial yoga standards." It's time, she says, to "move away from that performative Instagram yoga and just make it real." 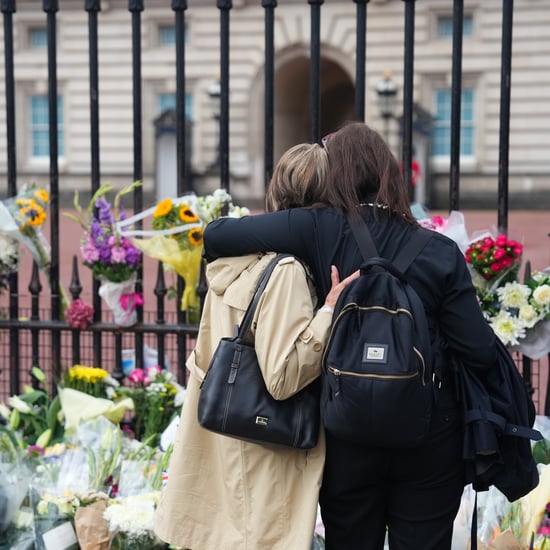 Grief
What Is Collective Grief? And Does Public Mourning Help Us Heal?
by Melanie Whyte 2 weeks ago 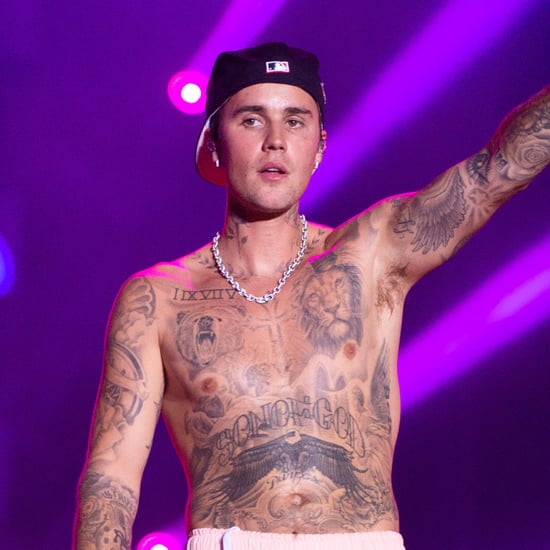