One glance at the naughty menu will crack you up. The chef cleverly puts surprise sexual twists on classic meals such as the pasta bolognese, which looks unassuming on the menu but arrives on a very bold 3D penis plate. Other dishes are straight-up cheeky by name and nature. Cockprese Salad, anyone? You can rest assured that with every meal you order, there will be some kind of genitals involved. The restaurant is also filled with photo opportunities, whether you want to pose next to a penis statue or take a Boomerang with your mates clinking your Plump Titties cocktails together. 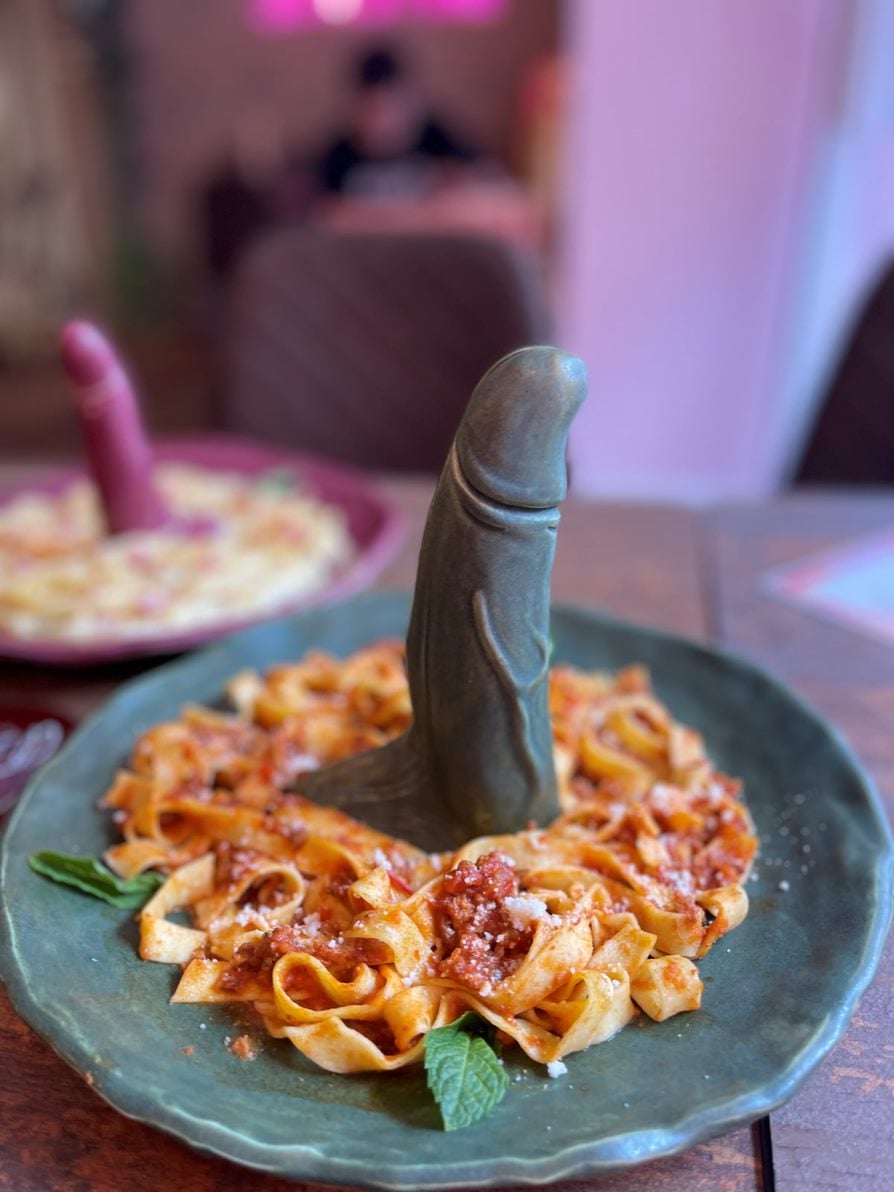 The restaurant's kitchenware and decor were created by Hani Lees Dresner and Lydia Reeves and are not intended to be "pornographic" or "overtly sexual". The founders explain: "It is purely art and portrayals of the human body." While some people think the restaurant is gloriously scandalous, others aren't too happy about the restaurant's outright celebration of the human form and sexuality. On the very first day of opening, there were already complaints. "The council came to our door and told us we had to shut everything down unless we covered the windows so nobody passing could see the art. We lost a month doing this and redesigning the venue according to the council's advice, which they were kind enough to give us. However, it shocked us as we are located in the heart of Soho, near sex shops and clubs displaying highly sexual imagery. All we were showing was ceramic art of the human body," the founders explain.

Despite needing to cover up the venue a little bit, "anything goes" when you step inside the racy restaurant. In fact, Naked Soho is the perfect place for hen parties, birthdays, or any occasion where you want to get your freak on. As the site puts it: "If you want to stand next to a wall of dicks and vulvas of all shapes and sizes, who's to stop you? Gay, straight, queer, trans, S&M fetishes, feet kinks — anything you want to be you can be at Naked Soho." Amen to that!

Naked Soho is open from 4pm to 11pm from Monday to Thursday, 5pm to 12am on Fridays, 1pm to 12am on Saturdays, and 12.30pm to 11pm on Sundays. You can view the tantalising menu and make a booking here.

Sex Toys
Is the Cost of Living Crisis Impacting our Sex Lives? All Signs Point to Yes
by Eleanor Noyce 2 weeks ago 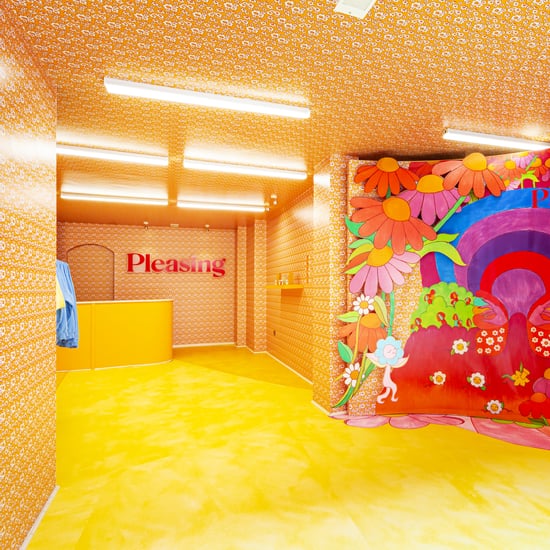