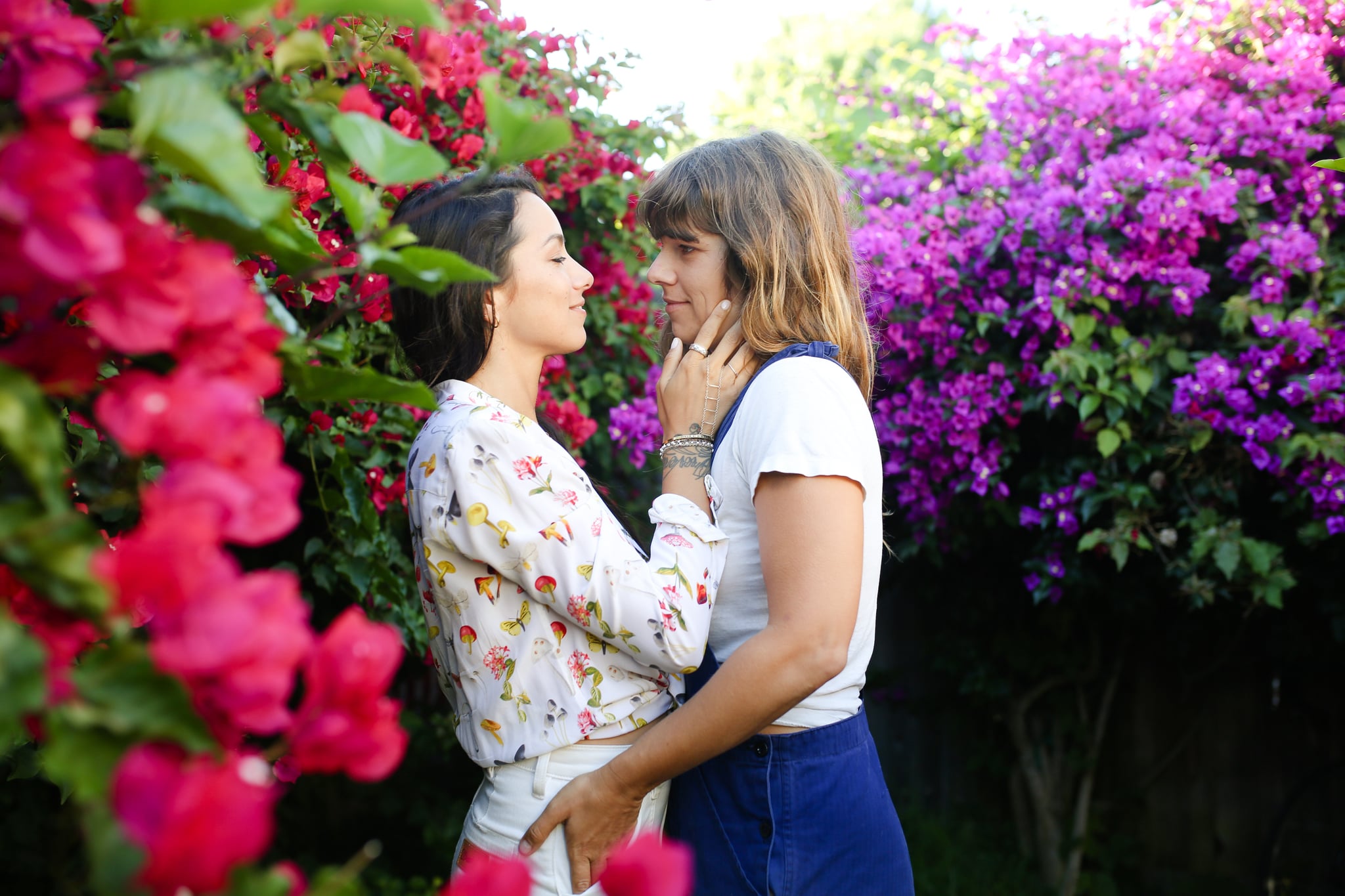 The first time I heard the word "bisexual" was in the now-infamous episode of "Sex in the City" where Carrie Bradshaw was dating a bi dude. In the episode, Bradshaw saw the man's queerness as a red flag, and a big one that she didn't know if she'd be able to ignore.

"Isn't bisexuality just a pit stop on the way to gay town?" she asked, her perfectly groomed brow furrowed with concern.

"I think that's next to Ricky Martinville," Miranda Hobbes said, and everyone at the table laughed. Bisexuality wasn't just a reason not to date someone: it was a punchline.

Because our sexual orientation is often assumed by others based on who we're with, bisexual people get put in this homo or heterosexual box. It's like we're constantly having to come out."

This wasn't the first time I'd heard bisexuality described in a negative light. On the iconic television show "Friends," Phoebe Buffay sings a song about how bisexuals are just kidding themselves (which is ironic, because she was definitely the queerest of the "Friends" characters, IMO). When a friend at summer camp told me she thought she was interested in both men and women, I raised an eyebrow and wondered: How? Up until that moment, I was convinced I had to pick a gender and stick with it — a mindset that would, unfortunately, follow me until after college graduation.

That's not to say I didn't hook up with women (I did), but I always attempted to disguise my bisexuality, to name it as something else. I convinced myself that I only hooked up with girls when I was drunk, that I was "bicurious" or "heteroflexible" or "experimenting." As someone who grew up vacationing on Fire Island and was obsessed with musical theatre, I was no stranger to the queer community: I just didn't think I was the queer community.

Even when I did eventually come out, I still contemplated what it meant to be a bisexual person. For so long, I had looked at sexuality as this black-and-white thing: You're either straight or gay. But in the last few years, I've realised that sexuality is far more nuanced than that. And while I'm still doing the work of challenging my own internalized biphobia, I've begun to break down what my bisexuality does (and does not) mean to me.

Bisexuality Does Not Mean You're More Likely to Cheat

One of the most common misconceptions around bisexual people is that we're more likely to cheat. I guess that's because people assume since we're attracted to more than one gender, we'll be *thinking* about that other gender. But it's common to develop crushes or experience attraction in any monogamous relationship, regardless of your sexuality — it doesn't matter which type of people you're attracted to, what matters is how you handle it.

"Bisexuality has absolutely nothing to do with commitment," says Lindsey Cooper-Berman, LMFT, a therapist who specialises in the LGBTQIA+ experience. "And your sexual orientation has nothing to do with whether or not you're going to cheat."

Cooper-Berman also notes that people cheat for a variety of reasons, but none of which is a person's orientation. Infidelity — or a person's proclivity toward monogamy, ethical non-monogamy, or polyamory — are completely separate from that person's sexual orientation. "If a partner expresses concern over their partner's bisexuality, it usually has to do with an insecurity, not their sexuality," Cooper-Berman says.

When I told my current partner (a cisgender man) that I was bisexual, he was more curious than anything else and asked how I thought I might express that within our relationship. The initial conversation was respectful and calm and lead to frequent, open, and casual conversations about sex and sexuality. We now pride ourselves on our communication skills, and I think a lot of that is because we got into the habit of having an open dialogue very early on in our relationship.

Similarly, lots of my friends know that I'm a good person to come to for a sex talk. Because I worked so hard to understand my sexuality, I became better at talking about sex in general.

Queer people are kind of forced to address their sexuality head-on. And while this can sometimes feel like a pain, I do think it lends to having a generally more open attitude about sex. It also becomes easier to communicate your desires or fantasies, ultimately leading to a more satisfying sex life and healthier relationships.

Bisexuality Does Not Mean Being Transphobic

There are some folks who mistake bisexuality for meaning "two", therefore adhering to the gender binary and excluding anyone who doesn't fit into those boxes (such as trans or nonbinary folks). But almost every bi person I've talked to thinks of bisexuality as meaning you're attracted to more than one gender. Lots of bisexual people use bi and pansexual (attraction to all genders) interchangeably but may prefer to use one word over the other for a multitude of reasons.

"The language we use to describe bisexuality could be more accurate," says Cooper Berman, referring to the prefix "bi" (meaning two) that's attached to the word bisexual. "But our understanding of gender identity and gender constructs has dramatically changed over the last few years, and so has the definition of bisexuality."

Bisexuality Does Mean Serving as a Bridge to the Queer Community

When I first came out as bisexual, I struggled to fit in with both the queer community and the straight community. I felt like I wasn't "gay enough" to totally be considered queer, but I also felt out of place when I was with my straight friends, some of which were confused about what bisexuality actually meant. And while that "in-between" feeling was frustrating, I eventually learned that it could be a strength, and I could help teach my straight friends more about the LGBTQ+ community.

Over the past few years, I've been much more vocal about my bisexuality, which has helped educate my straight friends and helped me make amazing bi friends. And best of all, I've had several folks (including strangers) come to me and share that they're also bisexual, and that my being so open about my sexuality gave them the motivation to explore their own queerness.

Related:
"A League of Their Own" Let Me Grieve For the Years I Spent Closeted and Afraid

Bisexuality Does Not Mean You'll Eventually Have to Pick a Side

A lot of folks (queer people included) believe that if you're bisexual, you eventually have to pick a side. But saying that our sexual identity is entirely predicated by our partners totally invalidates the bisexual identity.

"My heart breaks when I hear people think this, because the idea of 'picking a side' is such a common question," says Cooper-Berman. "Because our sexual orientation is often assumed by others based on who we're with, bisexual people get put in this homo or heterosexual box. It's like we're constantly having to come out."

Bisexuality isn't something that changes just because your partner happens to a certain gender; you're bisexual regardless of who you're dating. And on that note, you don't need to do anything to prove your queerness. So even if you've never dated or hooked up with someone of the same gender, that doesn't mean you're not bi. You're bi because you say you are.

If you experience any sort of imposter syndrome or not feeling "queer enough," congratulations: That's a huge sign that you're bisexual! It's totally normal to not feel "queer enough," but it doesn't mean you're not valid in your queer identity. For bi folks who grew up with biphobic messaging (aka, all of us), it can be really confusing when you're coming to terms with your bisexual identity. For example, you might go through a phase where you're attracted to one gender more than the other. This is normal.

"You don't need to ever prove your sexuality," adds Cooper-Berman. "It's an incredibly unique and individual thing."

Remember: When it comes to your sexual identity, the most important thing is what it means for you. You get to decide how bisexuality shows up in your life and how you express your bisexual self. For some, this could be reading books by queer authors, building a queer community, or even as simple as donning a bi pride bracelet. Try not to get wrapped up in what bisexuality "should" mean — and rather, embrace whatever that looks like for you.

The White Lotus
Is "White Lotus"’s Albie a Nice Guy, or Is He a White Knight Gone Wrong?
by Melanie Whyte 3 days ago 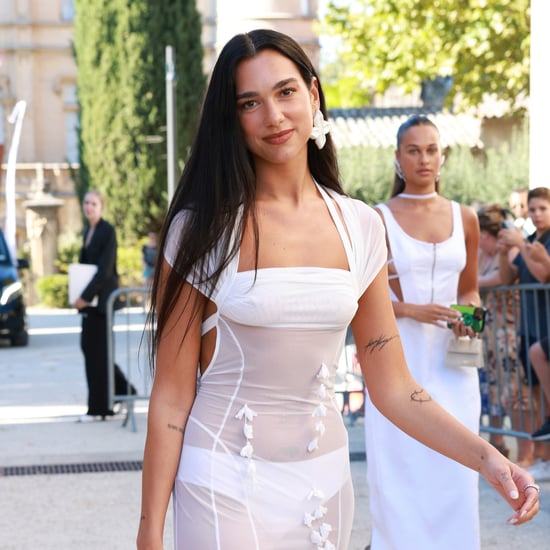